Taj, Cape Town is located in the historic BOE building (previously Temple Chambers and SA Reserve Bank headquarters) between St Georges Mall and Adderley Street. It’s architectural and interior design team have earned an impressive track record in meticulous and mindful preservation of the building, with The Reserve at Taj now added to its existing stately facilities. The Reserve’s exterior dates back to 1927 when the building was constructed for Standard Bank, with the site originally serving African Banking Corporation from 1894.

The striking five-story facade of Paarl Granite with its majestic fluted columns is strongly representative of a bygone era. “When faced with this unique heritage listed building and its valuable history, we decided that the timeless facade, and the interior, with its period bronze fittings and fixtures, should take centre stage. All the modern conveniences and technology should operate almost invisibly in supporting roles,” says Michael Pownall, General Manager of Taj, Cape Town.

Sangengalo Marble and Granite was commissioned to restore the interior marble cladding of The Reserve. We also replaced some of the damaged floor pieces and installed hand-crafted Zimbabwe Black granite dado rails to the rest-rooms.  Granite was also installed to the stately fire-place in the teak-panelled Bank Manager’s office. It was a great privilege for our team to work alongside Paul Luck (Principal at Lightspace Architects – www.lightspace.co.za) and Donovan Brown of Brown and Barrow Projects (www.brownbarrow.com). We enjoyed playing a role in the extremely successful refurbishment of this grand old dame!

The ground floor banking hall with its green and sky rose marble clad walls provides a banqueting and conference facility par excellence. Up to 230 guests can be seated at a glamorous banquet, or it can accommodate up to 400 guests at a lavish cocktail party. If the facility is required for business purposes, up to 200 seated delegates can be accommodated. The Reserve at Taj Cape Town complements the hotel’s existing banquet and corporate venues of the renovated BOE Building. Any enquiries for the facility can be emailed to banqueting.capetown@tajhotels.com 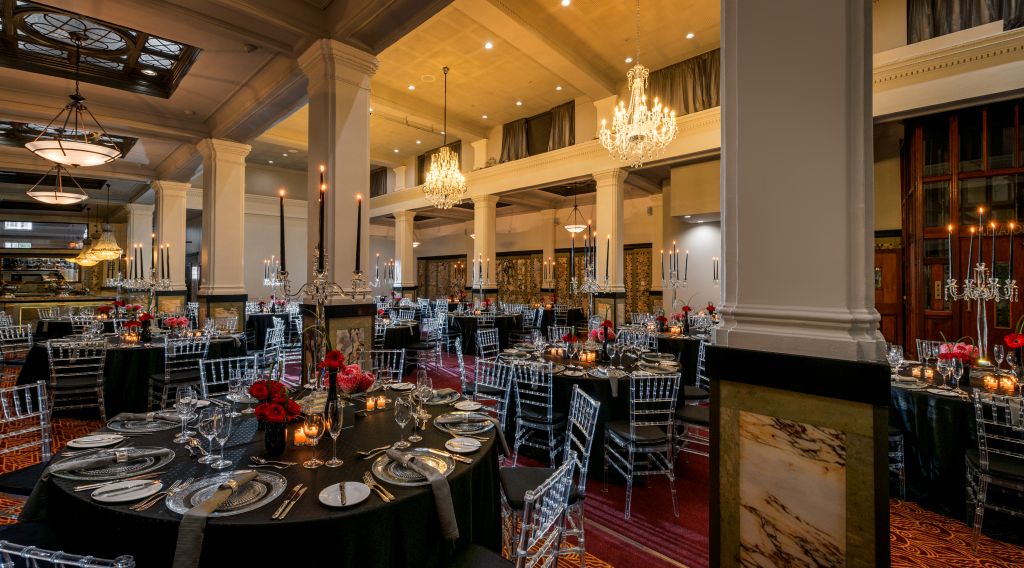 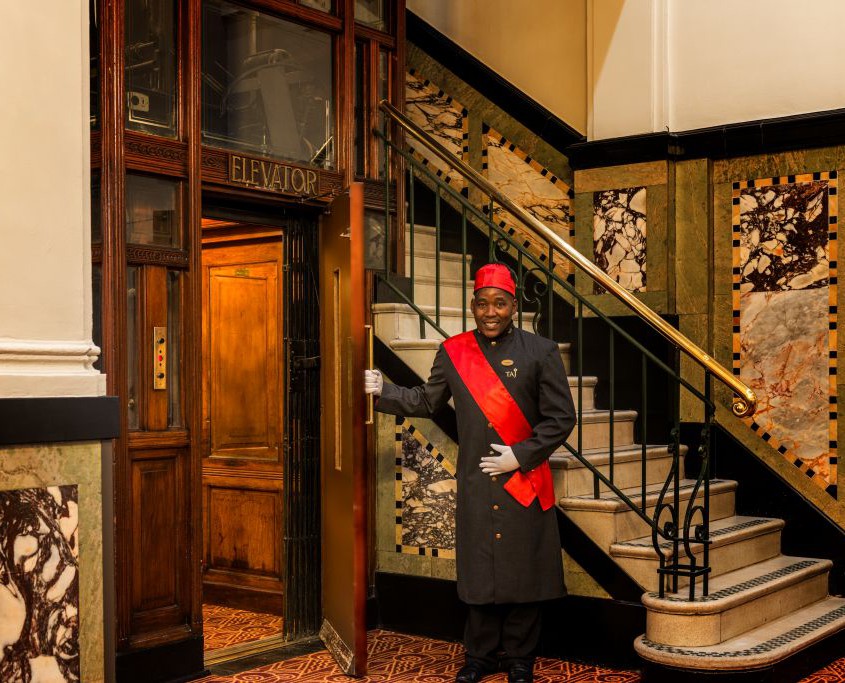